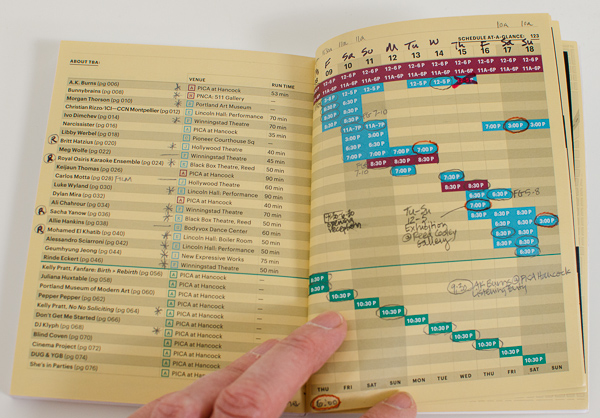 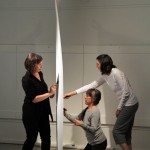 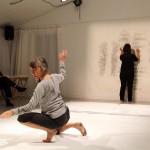 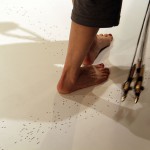 Dancer Linda Austin and visual artists Pat Boas and Linda Hutchins navigate the walls and floor of PWNW to create drawings through performance. Their work, developed in collaboration over the last year and a half, places drawing in a visibly time-based context and ritualizes it as record and residue of movement. They employ unusual drawing strategies and tools to extend, deflect, and disrupt their physical behavior. The resulting drawings can be read as transcriptions of both movement and language.

These performances and open viewing hours are the culmination of a long-term collaboration that has developed through residencies and presentations by Austin, Boas and Hutchins at Caldera, Wieden+Kennedy, and Project Cityscope’s The New Structure. The Word Hand is funded in part by a Project Grant from the Regional Arts and Culture Council. 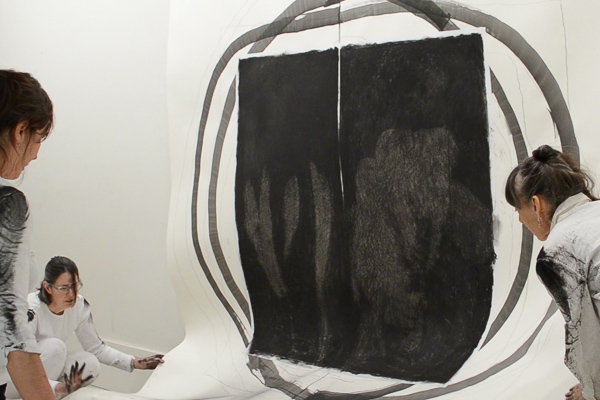 Visual artist Pat Boas (left), dancer Linda Austin (right), and I have been collaborating to explore what happens when drawing is placed in a visibly time-based context and ritualized as record and residue of movement. END_OF_DOCUMENT_TOKEN_TO_BE_REPLACED 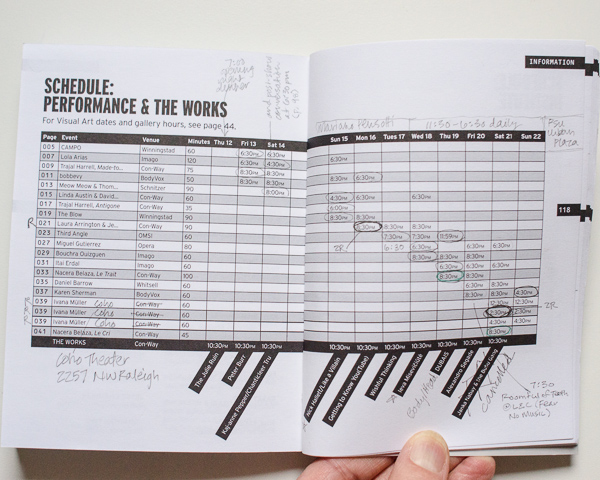 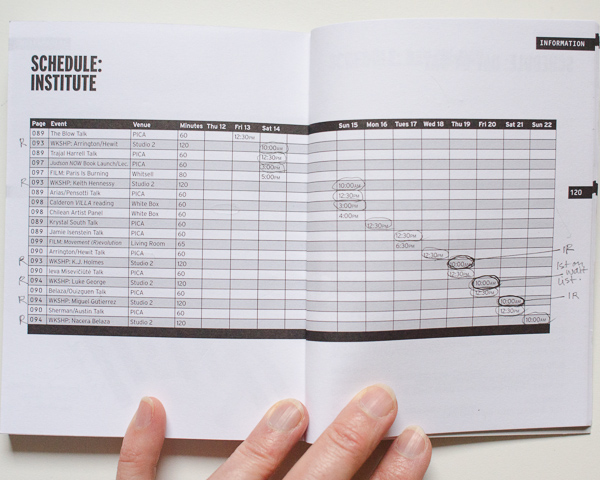 You never know going in what the highlight(s) of the TBA Festival will be. I'll have a different take in two weeks but here's what I'm most looking forward to right now END_OF_DOCUMENT_TOKEN_TO_BE_REPLACED 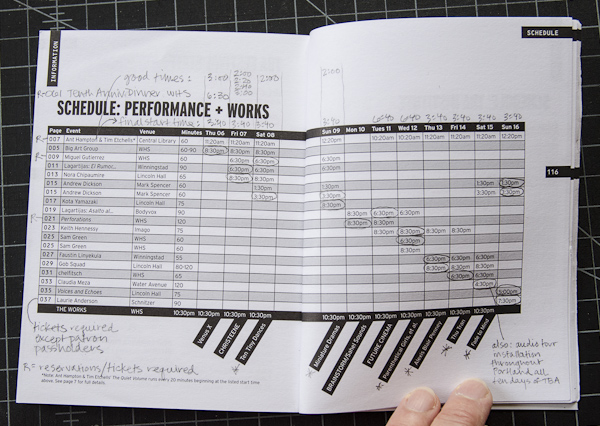 I've tweaked a few things since I snapped this shot (swapped days for Miguel Gutierrez and Lagartijas, for example) but this is my basic plan for this year's TBA Festival. Stay tuned for more specific recommendations over the next few weeks, and responses to what I've seen during the Festival itself.

Whose voice? Will Holder at YU

Before this week, I knew nothing about Will Holder. I'd read YU's blurb and still didn't know much. So I went to tonight's performance at YU. In front of a youthful, beer-drinking audience (I was the oldest by an easy margin, and yes, I drank a beer), Holder spoke confessionally, pacing back and forth, gathering and rearranging his microphone cord, pausing (for prompts from the earbud in his right ear?), and speaking again. I tried to imagine that his words were not his own, were in fact written by someone else (Simon Amstell, about whom I also knew nothing). It was hard to imagine, and I gave up trying. Holder made it seem as if he was telling stories from his own life. That's what actors do. It's not what we think of publishers doing. END_OF_DOCUMENT_TOKEN_TO_BE_REPLACED

I just put Craig Hickman's brown bag lunch on the calendar. He's talking at the Portland Art Museum this Wednesday, June 20, at noon. I met Craig in the 1980's, when I was part of a student crew that mounted an exhibition of his work at PNCA's Wentz Gallery. I encountered him again in 2010 while he was in residence at the South Waterfront. I'm really looking forward to a third dose of his incisive and insightful perspective. Check out his website for an idea of the range of his work in photography and computing.