My typewritten work is featured in a two-page spread in Typewriter Art: A Modern Anthology by Barrie Tullett, published last year by Laurence King Publishing Ltd.

Drawing in Silver and Gold 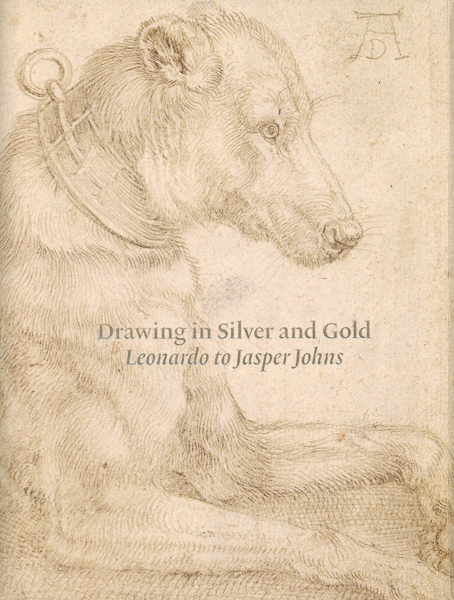 My silver wall drawings receive mention in Drawing in Silver and Gold: Leonardo to Jasper Johns, the catalog for the exhibition currently on view at the National Gallery of Art, Washington, D.C. Kudos and thank you to Susan Schwalb, one of three living artists and the only woman in the show, and thank you to Bruce Weber, author of the chapter "Modern and Contemporary Drawing in Metalpoint." 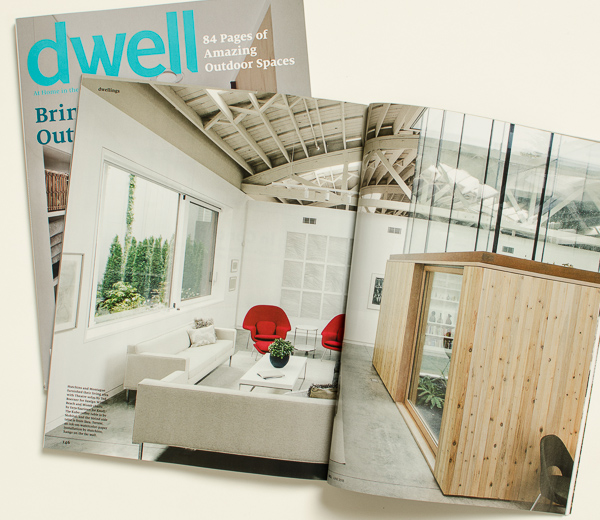 The studio receives some gorgeous press in Dwell Magazine this month in an eight-page feature article on the Bowstring Truss House. The drawing suite Torrent appears in a two-page photo of the living area (above and detail below), and a view of the studio follows on the next spread. Thank you to Brian Libby for his generous text and to Matthew Williams for his stunning photographs, and deepest gratitude to all who helped to make this dream come true: Works Partnership Architecture, Don Tankersley Construction, Christi Carter & Associates Interior Design, and Samuel H. Williamson Associates Landscape Architecture.

... much of my aesthetic as an artist has to do with editing things out, paring things, until some kind of essence is revealed. That also applies to the way the design of the house evolved. 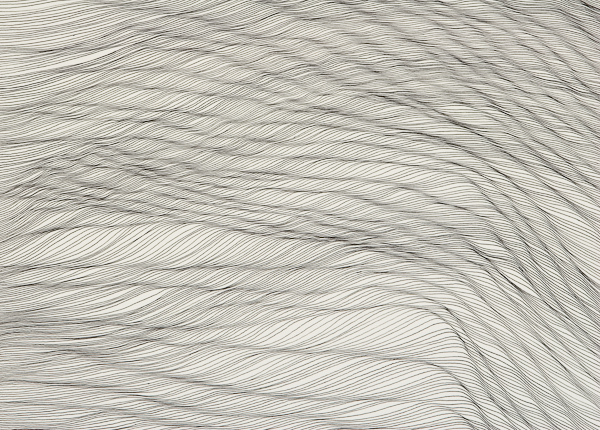 The Portland Art Museum has made available this video of my Artist Talk, in which I compare and contrast two works in the Museum's collection: Man Ray's Cadeau and a Korean Men's Formal Hat. 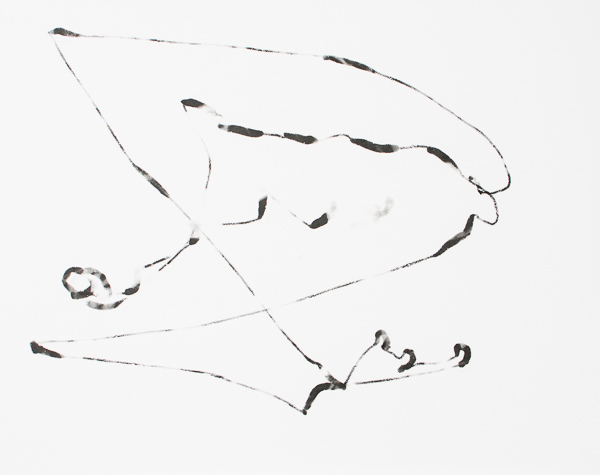 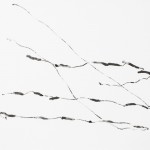 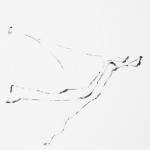 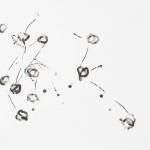 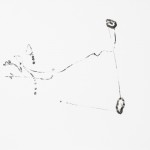 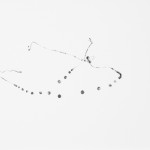 Drawings from last night's dress rehearsal for The Word Hand

These and more performance and studio drawings will be available for purchase immediately following the performances and during the open viewing hours.

Dancer Linda Austin and visual artists Pat Boas and Linda Hutchins navigate the walls and floor of PWNW to create drawings through performance. Their work, developed in collaboration over the last year and a half, places drawing in a visibly time-based context and ritualizes it as record and residue of movement. They employ unusual drawing strategies and tools to extend, deflect, and disrupt their physical behavior. The resulting drawings can be read as transcriptions of both movement and language.

These performances and open viewing hours are the culmination of a long-term collaboration that has developed through residencies and presentations by Austin, Boas and Hutchins at Caldera, Wieden+Kennedy, and Project Cityscope’s The New Structure. The Word Hand is funded in part by a Project Grant from the Regional Arts and Culture Council.

Work in Progress at W+K 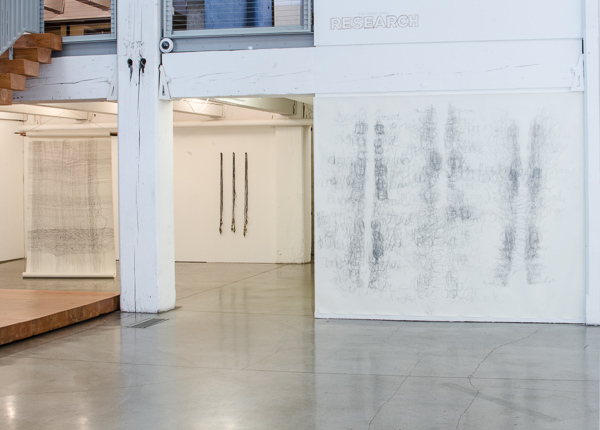 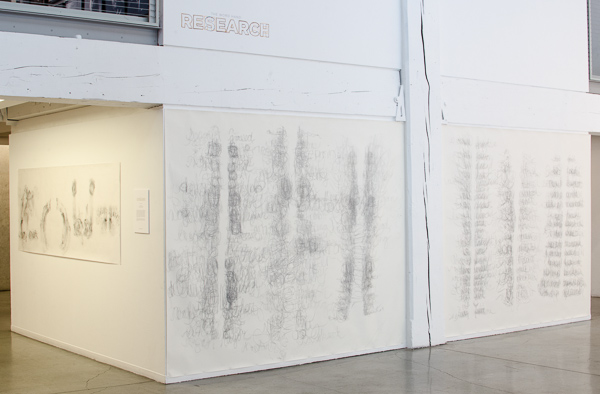 Linda Austin, Pat Boas, and I are grateful to Wieden+Kennedy for the opportunity to use their lobby gallery as our laboratory the past two weeks. Our series of collaborative, performative wall drawings The Word Hand is funded in part by the Regional Arts and Culture Council and supported by an Artist Residency at Caldera. It will be presented by Performance Works NorthWest October 23 - 26, 2014 as part of their Alembic Co-Production series. 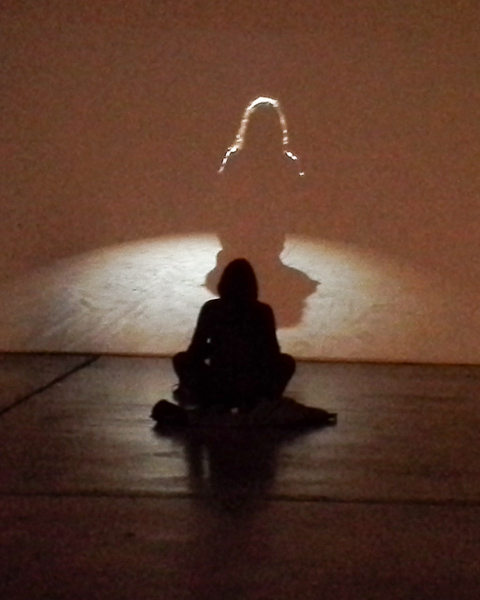 I'm honored to be invited by Kelly Rauer to participate in the closing reception for Portland2014 at Disjecta and the grand opening of FLOCK Dance Center. END_OF_DOCUMENT_TOKEN_TO_BE_REPLACED 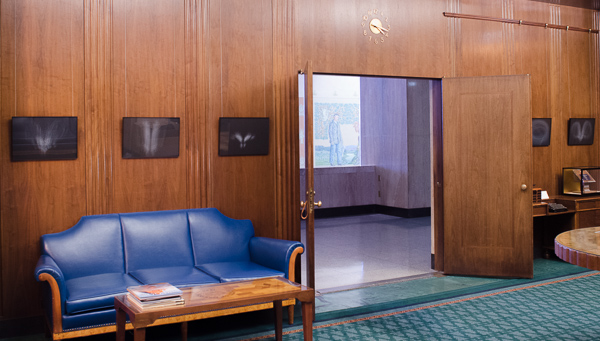 Five Sketches Practice #1-5, installed in the Governor's Office, Oregon State Capitol, alongside the miniature state flag that was carried to the moon by Apollo 11, the first manned lunar landing! 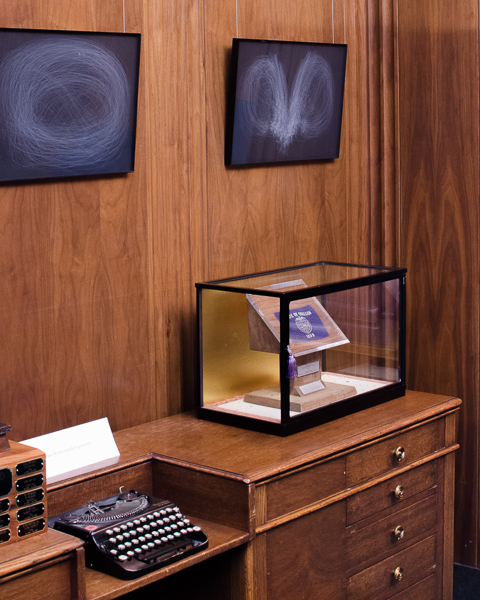 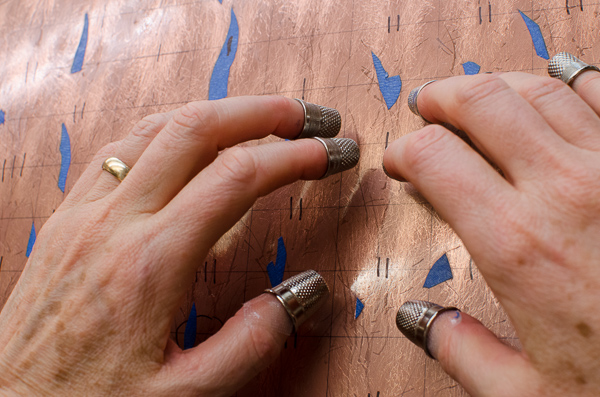 Last October, I was honored to work with master printer Julia D'Amario for two weeks in a Jordan Schnitzer Printmaking Residency at Sitka Center. Under Julia's skilled tutelage, I adapted traditional etching tools and processes to engage both hands and all fingers at once in marking the copper plate. In the photo above, I am burnishing the plate with both hands, steel thimbles on all ten digits, to create a spatial rendering of the rhythms of Steve Reich's Clapping Music, 1972. The resulting etching, Field, is one of several prints we produced that will be included in my solo exhibition In and Out of Rhythm at the Governor's Office February 14 - April 16, 2014.

In the final percussion/drawing session for Echo Chamber, Mary Law and I strike the walls with silver thimbles on all our fingers, following the rhythms of Steve Reich's Clapping Music (1972). With each stroke, a little silver wears off and leaves a mark on the wall, a visual trace of our engagement with the music and each other. END_OF_DOCUMENT_TOKEN_TO_BE_REPLACED